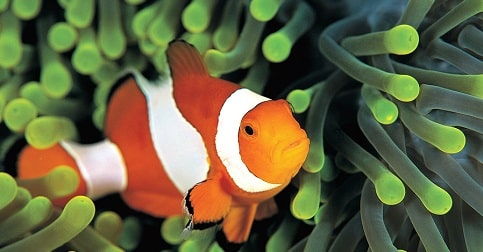 Back in 2003, Disney released an animated movie about a fish called Finding Nemo.

It was a huge hit and has since become something of a modern classic – and quite a reliable electronic babysitter when you’re under deadline to write a blog post.

You’ve likely seen it since its debut over a decade ago, but if it’s been a while, allow me to offer a quick summary.

A fish named Marlin, with help from his friend Dory, searches the ocean off the coast of Sydney, Australia, for his son Nemo who was captured by humans and placed in an aquarium.

The character of Dory is portrayed by comedian and latter-day daytime talk show host Ellen Degeneres and offers – in what is already quite a funny movie – timely and effective comic relief.

But there’s something much more important than a few laughs that the character of Dory provides.

She offers to the father of a missing child hope, inspiration, and the motivation to keep searching.

In fact, as I hear the movie progressing in the other room now, I’m reminded of a unique character trait that Dory exhibits.

She has absolutely no long-term memory. It’s played for comedy in the film, but there’s a deeper meaning, I believe.

Dory is able to forgive and forget her missteps and mistakes, literally. She has metaphorical blinders on and is forced to aim for a goal and live in the moment.

Remember her mantra? Just keep swimming. She repeat that phrase throughout the film to remind herself and Marlin to continue pressing forward despite the obstacles in their way.

When our heroes lose the trail of the missing title character? Just keep swimming.

When they almost get eaten by a hungry shark? Just keep swimming.

When you give in to the desert menu at your favorite restaurant? Just keep swimming.

It’s not bad advice, is it?

Our weight loss journey will have bumps in the road. Or in Dory’s case, I suppose, rips in the current. You know, for a kid’s cartoon, there’s some great motivational advice here.