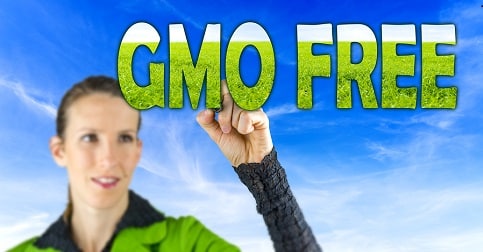 Despite the menacing sounding name, he’s not a villain from some blockbuster superhero movie, but you very likely have seen him on the big screen.

In 2004, Spurlock directed and starred in a documentary film called Supersize Me in which he lived exclusively on food from McDonald’s for thirty days and carefully recorded the effects on his health and the bodily changes he experienced during the diet.

And in a very real way, I believe he gave birth to the modern trend of food activism.

For the record – and for our purposes here – I’m defining food activism as any kind of effort to promote a particular way of thinking about diet, food products, or the food and diet business by arguing against the status quo.

But in this case, folks are anti-sugar or pro-raw food diets.

That’s not to say that before 2004, folks weren’t raising questions about processed sugars or promoting vegetarianism – of course they were. However, the movie’s popularity among general audiences put the idea of food activism front and center in a way that it perhaps had never been.

Let’s fast forward from 2004 – Supersize Me’s year of release – to today. In the intervening years, we’ve been bombarded with warnings, advisories, and threats against our well-being regarding innumerable foods, diets, farming practices, processing methods and more.

For instance, in the wake of Supersize Me’s success, a number of films have been produced focusing upon the ills of large food corporations, unethically raised livestock, and genetically modified food products (GMO’s). You can find any number of them with a quick search through your Netflix account.

So, is this stuff for real? Are the fears of food activists the kinds of things that can truly affect our families’ health and alter (by aiding or by hurting) your weight loss and fitness journey?

Well, maybe. Morgan Spurlock did look a little doughy after his McDonald’s diet. There’s no doubt about it.

But consider this: he ate McDonald’s exclusively FOR THIRTY DAYS.

Here’s the bottom line – and it’s something you’ve heard us preach before – moderation. If you are aware of what you put into your body and have a truly justifiable reason for putting it into your body, you’ll more than likely be just fine.

There are pros and cons to scientists genetically modifying our food products, I’ll let you and Neil Young hash that out.

If the raw food diet brochure you were handed outside of Whole Foods by that skinny hipster lady is beginning to make sense to you, give us a call and let’s talk. Our on-staff medical professionals and dieticians can help you determine if a raw food diet – or any other kind of specialized diet is right for you.

But as far as getting healthy, losing weight, and keeping your family safely and happily fed, simply remember to try and not eat at McDonald’s for three meals a day for thirty days. Easy enough, right?